I am writing this post as I am wearing a warm puffy jacket and some black rain boots. Yes… it is cold and rainy here in Mexico, and you might not think one day I would say this but: I miss sunny Russia. I am not sure if it is only about the weather (as of course getting from one place to another in Mexico City  – with heavy rain – makes car traffic even worse) but this is also an experience called nostalgia.

I got back home on Saturday night. I slept almost the whole way, and every time I would wake up, Chekhov’s short stories would be my companion. I also had my notebook with me, the one I could never get away from in Russia, where most of my memories lay down in written words.

I must admit I was a bit afraid at first. Travelling to Russia all alone, with no knowledge about the language and no idea about how it would be to communicate without speaking. Then, being in a place that seems to be so far away from home… but I was also very curious, and something inside me was telling me everything would be okay.

In the end, it was way better than just okay. It was perfect!

When I arrived to Moscow it did not feel like a strange place, it actually felt just like a very big city with so many people and stories behind it. Of course, the aspect that caught my attention the most was cyrillic alphabet everywhere! I did not understand anything, but I must admit that I always thought it looked beautiful. As the days went by, I started getting letter by letter – my first thoughts “Ohhh so P in cyrilic is just like R in latin letters…”

About the people, I had met Russians abroad before and in fact I always thought that there is a link between Russians and Mexicans (in general with Latin-American people). It feels like we share this spark when something might not be the way it should be, but we need to think up and make things work out. And in the end they do well. 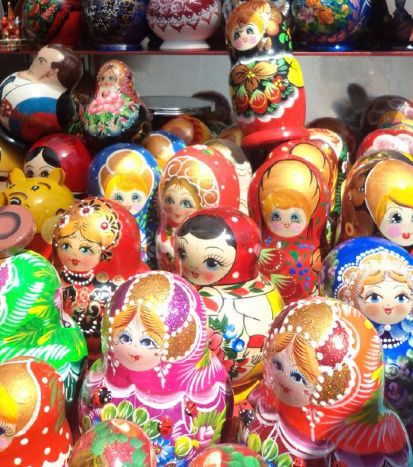 In my experience people were the most welcoming. I felt like home when it came to people, I felt they cared about me and about my country. Two Russian friends hosted me in St Petersburg and in Moscow, and thanks to them my experience as a traveller in Russia became local: buying groceries together, singing typical songs until late at night, travelling on a train for the entire night, walking around the centre and suburbs of both cities, enjoying kasha and tens of chai cups together while we shared our stories…

Today I feel blessed that I got the chance to make great friends and I feel very happy we were able to connect with each other, breaking boundaries and leaving prejudices behind. I learnt so much about this beautiful country, it’s history, it’s culture but what I take with me on my every day life is YOU: THE PEOPLE!

View all posts by arzaba

One thought on “Большое спасибо”